Bohermeen NS Prove Too Strong in the 2nd Half

This was St. Paul’s girls last match of the season against tough competitors, Bohermeen N.S. Our Panel this year consisted of amazingly skillful girls from 5th and 6th classes with Maeve McDermott and Zara Chambers also making the panel from 4th class. For our last match, our amazing captain was No. 5 Sadhbh Macken .

At 10:30am both teams arrived for a quick warm up before the big match.

At 11:00am the match started with St. Paul’s winning the throw-in. Soon after, St.Paul’s got their first point! What a great way to kick off a match. But a minute later Bohermeen NS scored their first point too. There were some great tackles from Kiara Power (No.9) and Saoirse Harmon (No.8). Bohermeen missed a few chances before kicking a beautiful point. Nicole Sweeney levelled the game with a well taken score from 20yds. Kayla Chambers and Megan Murtagh set up defensively very well and prevented a sure goal. Callie Hagan, St. Paul’s star player on the day, made some outstanding high field catches and covered so much ground. Megan Murtagh pulled off two further brilliant saves keeping the St. Paul’s girls in the game. Saoirse Harmon kicked a long range free but unfortunately it just narrowly went wide. Unfortunately St. Paul’s didn’t score again in the first half. Bohermeen converted a free and pointed from play to leave the half-time score 0:04 to 0:02.

Bohermeen came out the stronger team in the second half and found their stride. They were on a roll scoring points from play with ease and conviction. Sadhbh Macken went for the block on a ball and unfortunately got injured in the process and had to be subbed. Bronagh Madden took to the field and played superbly getting straight into the centre of all the action. Moments later, St. Paul was struck by another injury, this time it was Annabel Horan. Bohermeen kicked a long range pass into their full forward line. Bronagh Madden made the original save but sadly it deflected to another Bohermeen player only for them to find the net this time.

Maeve McDermott, who marked her player brilliantly throughout the game pulled off an amazing block to stop a guaranteed goal. Bohermeen were just very strong for us and they blasted to the net soon after. The game finished 3:10 to 0:03 and Bohermeen now advance to the quarter final stages. 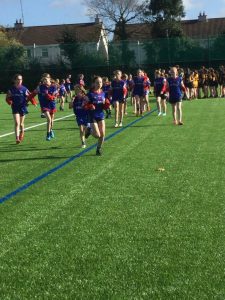 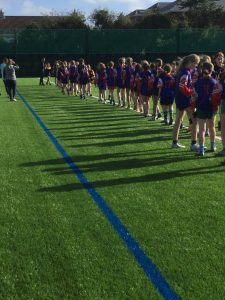 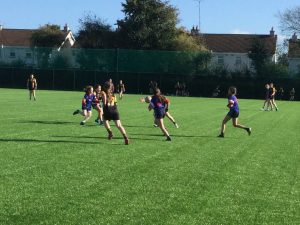 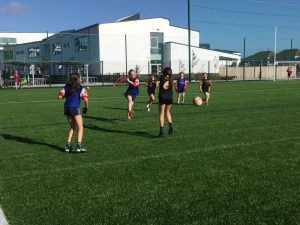 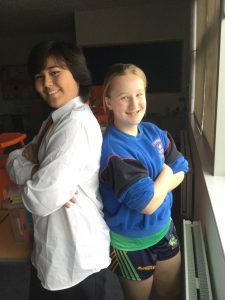 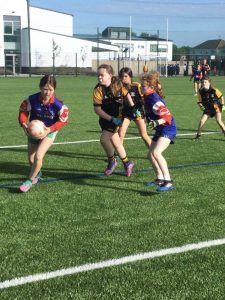 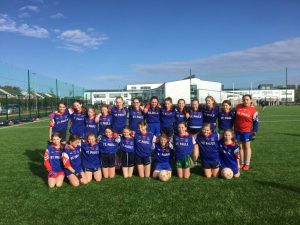 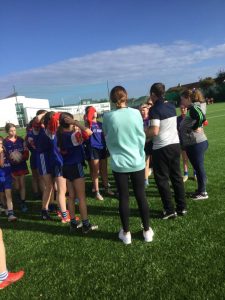 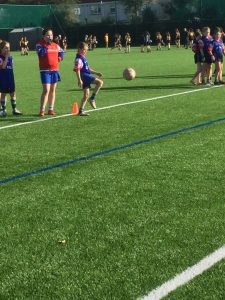 Thank you to Ms. Hennessy, Mr Lynagh, Ms.McMorrow and Ms. McLoughlin for managing and coaching the team this year.